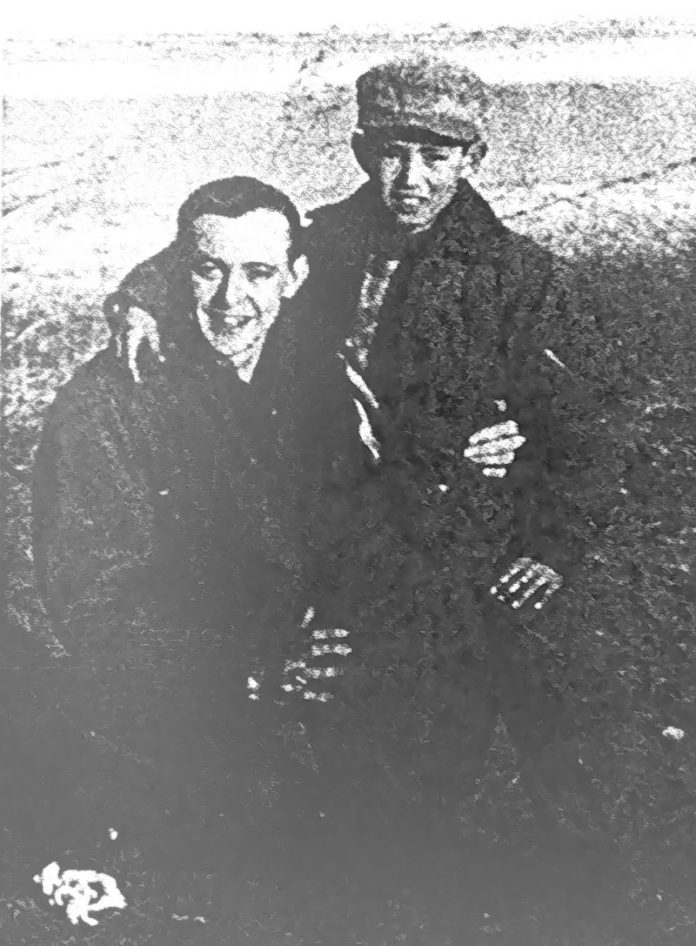 By: Darryl Fleming and edited to size by Megan Way
The boots were too large for his feet and with each step, powdered dust puffed around in circles. 15 miles away from the little boy, similar but larger and far more onerous dust puffs appeared with the same regularity as mortar rounds were exchanged. It was winter of 1950, the little boy’s name, Kwang Soo Yuem was about to be changed to “Bobby”.
The boy, not more than 13 years old, wandered into camp, hungry but not aimlessly, and quickly found the mess tent. He was befriended by everyone he met. His smile, charm, and personality were well suited to the young American G.I.’s who were an ocean away from home. Me, who had recently inherited the supply operations from a rotating sergeant and needed a house boy, took him in. I named him Bobby. During that year that we shared our tent and food, it was a hard life. Cold in winter, hot in summer, and a strange war we could hear but not touch. We were good for each other, I was his tutor guidance counselor and friend and he took my laundry to the village, shined my boots and taught me, more than he will ever know, about making the best of the life around you. Having Bobby as a friend, brother, son for that one year would have been compensation enough for my tour in Korea. Little did I know that my life would be enriched by our connection for many years to come.
After my discharge Bobby and I had continued to correspond. I finished college and began my career as a Federal Government auditor. I was transferred to Japan in 1961, and throughout my 2 years in Japan I was able to visit Bobby and his family and friends several times. He had been reunited with his parents after the war ended. Although his family would have been considered poor by our standards and the financial assistance I provided for him was meager he managed to enter college.
Our correspondence continued, and in 1974 I was startled by the telephone ringing late one evening. “Fleming this is Bobby, guess what! I am in Montreal, Canada on my way to Paris, Brussels and London. When I return though New York and Dallas I want to meet you”. We met at the airport and he had only a few hours to talk before his flight. The story he told would have been truly unbelievable if I hadn’t known him so well. He and a friend had started a small business of manufacturing handbags and luggage in a small warehouse. By the time we met, they employed over 400 people and were grossing in excess of $1 million per year. Today, he’s now a multimillionaire factory owner in Seoul.
He keeps in touch with me to this day and visits me everywhere I go. One call I got last Christmas to wish me “Merry Christmas from Korea”, another to tell me that on his trip to the United States next year he plans to visit me. Another Horatio Alger story? I’m not sure of that. I do know, however, that this man is an example of what can be done in the face of adversity and a seemingly hopeless future.
I’m only sure of that my life has been enriched by this warm, happy-go-lucky little fellow that bounced into our camp on that cold winter day. I wonder how many of my own accomplishments in life were influenced by him. I will never know but I am grateful to him, nonetheless. I find it difficult to end this story because I know full well there will be a new chapter tomorrow or next month when the telephone rings and I hear, “Fleming this is Bobby, guess where I am!”