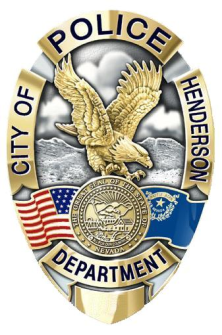 As part of Joining Forces, a statewide law enforcement program, agencies will work together in an effort to make roadways safer through increased patrol saturation, specifically looking for impaired drivers and riders.

With an extended weekend coming up due to the Labor Day holiday, Henderson Police are urging party goers to use a designated sober driver, taxi or other ride sharing service to avoid the devastating impact of drunk or impaired driving.

With changes to marijuana laws, Henderson Police want to remind citizens that laws prohibiting operating a motor vehicle while under the influence of marijuana have not changed and will be strictly enforced.

The Henderson Police Department received $134,392.15 in federal funding through the Nevada Department of Public Safety – Office of Traffic Safety for the 2018 Joining Forces program. The grant provides funding for enforcement and education to reduce deaths and injuries on Nevada roadways. Enforcement events during the year will focus on pedestrian safety, seat belt use, speeding, distracted driving and impaired driving.