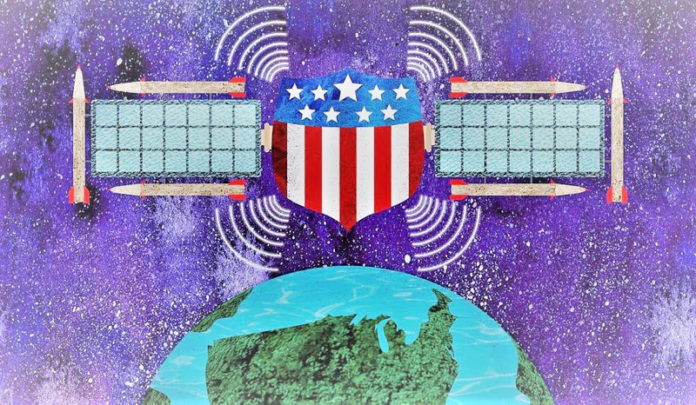 Now that Democrats have recaptured the House, their defense and foreign policy “experts” who made a muck of national security during the Obama administration are back with bad advice.

Mr. Miller and Mr. Rose, who are not scientists or engineers and are incompetent to assess the technical viability of space-based defenses, rely on a 1987 report by the non-expert American Physical Society claiming space-based defenses are not yet technologically practical.

Mr. Cooper and other former SDI directors have written copiously and testified for years, trying in vain to educate people like Mr. Miller and Mr. Rose, that space-based defenses are technologically practical and affordable. Indeed, SDI under Mr. Cooper developed a space-based missile defense system called Brilliant Pebbles that could have been deployed during the Clinton administration.

“First, China and Russia would likely deploy additional intercontinental-range missiles, armed with countermeasures designed to defeat boost-phase intercept systems, such as short-burn boosters, hypersonic boost-glide systems, and depressed trajectory submarine ballistic missiles. Because fewer missiles might survive U.S. defenses, they would also be incentivized to further increase the number of warheads on each missile”

Where have Mr. Miller and Mr. Rose been hibernating? Russia is already doing all these things and China is doing most. For example, Russia’s new heavy ICBM (the successor to the SS-18 armed with 10 warheads) according to Moscow can carry 14-40 warheads. The United States needs to deploy space-based defenses against ongoing efforts by Russia and China to develop a nuclear war-winning first strike capability.

Again, Russia and China are already doing all these things — despite the United States having no space-based defenses and despite the Obama administration’s misguided neglect of U.S. nuclear modernization to lead by example toward “a world without nuclear weapons.” If the United States deploys space-based defenses, we may eventually be able to develop new sensors and interception technologies that can render obsolete not only ballistic missiles, but also defend against hyper-sonic missiles, cruise missiles, and perhaps even intercontinental nuclear torpedoes.

Mr. Miller and Mr. Rose apparently have not noticed that Russia and China are in the process of capturing the “high ground of outer space” right now. Both nations are developing an array of anti-satellite weapons threatening U.S. military and commercial satellites — which is why President Trump wisely wants a U.S. Space Force. If we wait, Russia and China will beat the United States to deploying space-based defenses — which may well be used to permanently deny the United States access to the “high frontier.”

Fourth, “U.S. allies would be concerned both about a new destabilizing arms race and the diversion of U.S. defense spending away from more pressing needs a U.S. push to deploy space-based missile defense interceptors would reverberate globally, potentially undermining NATO and critical U.S. alliances in the Asia-Pacific.”

Astonishingly, Mr. Miller and Mr. Rose have not noticed the aggressive nuclear build-up and nuclear threats by Russia, China and North Korea that are already undermining U.S. security guarantees to NATO and others and destabilizing the peaceful global order based on U.S. credibility. Space-based defenses by neutralizing adversary nuclear threats would strengthen U.S. credibility, world order and peace.

It is a blueprint for national suicide.