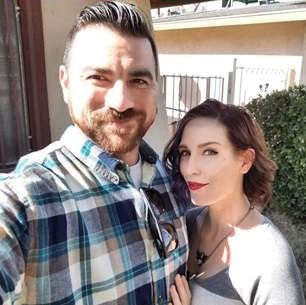 By: Abigail Kelly
Washington, D.C. (February 27, 2019)— The Elizabeth Dole Foundation today announced its 2019 class of Dole Caregiver Fellows – 26 military and veteran caregivers who have been carefully selected from across the country to represent the Foundation including Tera Sanderson of Las Vegas, Nevada. Sanderson will represent Nevada from 2019-2021.
As a Dole Caregiver Fellow, Sanderson will serve as an advocate and ambassador for the nation’s 5.5 million military caregivers – the spouses, parents, family members, and friends who provide more than $14 billion in voluntary care for wounded, ill, or injured service members and veterans every year. Sanderson will join nearly 170 past and present Fellows who are trained by the Foundation and empowered to share their stories and perspectives directly with the White House, Congress, Department of Veterans Affairs, and other government agencies, as well as leaders in the business, entertainment, and nonprofit sectors. She will advise the Foundation, its coalition partners, and government and community leaders on the most pressing issues concerning military caregivers and influence positive change on behalf of these hidden heroes.
“The Foundation is thrilled to welcome our seventh class of Dole Caregiver Fellows to join us in our mission,” said Steve Schwab, CEO of the Elizabeth Dole Foundation. “Our Fellows come from different backgrounds but share the same story of strength and resilience in caring for their wounded warriors. They are the heart and soul of our Foundation, lending their experiences and wisdom to support our work on behalf of military caregivers nationwide. We are beyond grateful for their willingness to step forward as advocates for their fellow hidden heroes.”
Sanderson serves as a caregiver for her husband, Albert, who sustained Post Traumatic Stress Disorder, Traumatic Brain Injury, and a cervical spine injury as a result of his military service. Her full story is linked here: https://hiddenheroes.org/story/tera-sanderson/ and pasted below.

Senator Elizabeth Dole created the Dole Caregiver Fellows program in 2012 to directly engage military and veteran caregivers in the Foundation’s mission. The 2019 Fellows represent 20 states and the District of Columbia. From educators and doctors, to an Air Force Reservist and medical professionals, the lives of the 2019 class of Fellows are as diverse as the millions of military and veteran caregiversacross the United States.

This Air Force Veteran Has Been Volunteering for 53 Years