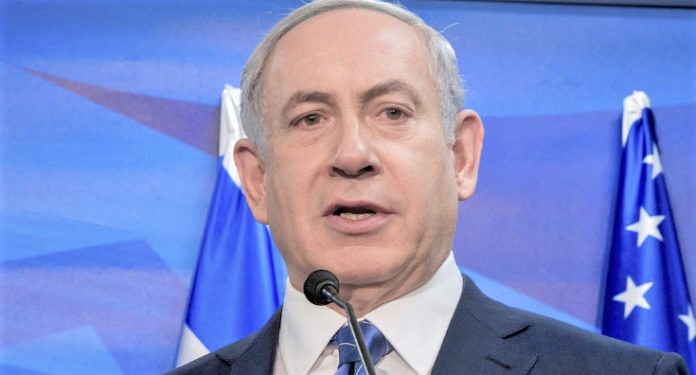 JULY 10, 2019 | LAURA WIDENER
Israel’s Prime Minister Benjamin Netanyahu warned Iran this week against its continual threats, reminding them that Iran is in range of Israeli airstrikes.
Speaking from a military base in Israel with an F-35 fighter jet behind him, Netanyahu said, “Lately, Iran has been threatening Israel with destruction. It should remember that these planes can reach every place in the Middle East, including Iran, and of course also Syria,” according to the Times of Israel.

One of the threats Netanyahu was referring to came up last week when an Iranian official threatened to retaliate against Israel in the event of a U.S. airstrike.
Iran’s Parliament Chairman on their National Security and Foreign Policy Commission, Mojtaba Zonnour said on Arabic television that Israel would be obliterated in approximately 30 minutes following an attack from the U.S., Iran’s Mehr News Agency reported.

Zonnour insisted that President Trump was making a “political bluff” when he said he halted U.S. airstrikes on Iran within 10 minutes of impact.
“If they (the Americans) had predicted their attack would be successful, they would not have cancelled it and it would definitely have happened,” Zonnour said.
Zonnour, like other Iranian officials, insisted that the nation does not want to attack, but is ready to counter any aggression.
Iranian Maj. Gen. Mohammad Hossein Baqeri echoed the sentiment on Wednesday, saying that Iran is uninterested in military conflict with foreign nations, but is ready to defend its nation.
“The armed forces of the country are fully-prepared to provide security and protection of the country and we will not shrink an iota of the ideals and goals of the Islamic Revolution,” Baqeri said, according to Iran’s state-run Islamic Republic News Agency.
Iran has continued its saber-rattling while it increases its uranium enrichment program, admitting it has surpassed the quantity and purity limits set by the 2015 nuclear deal known as the Joint Comprehensive Plan of Action (JCPOA).
The U.S. has enacted additional sanctions and President Trump has vowed to apply more to Iran in response to its violation of the agreement, despite the U.S. having withdrawn from it in May 2018.

Trump has firmly insisted that Iran will not be allowed to have a nuclear weapon, and sanctions will continue until they give up their nuclear efforts.
“The United States does not seek a war with Iran. We are willing to talk. We are willing to listen. But America will not back down,” Vice President Mike Pence said this week, as Reuters reported.