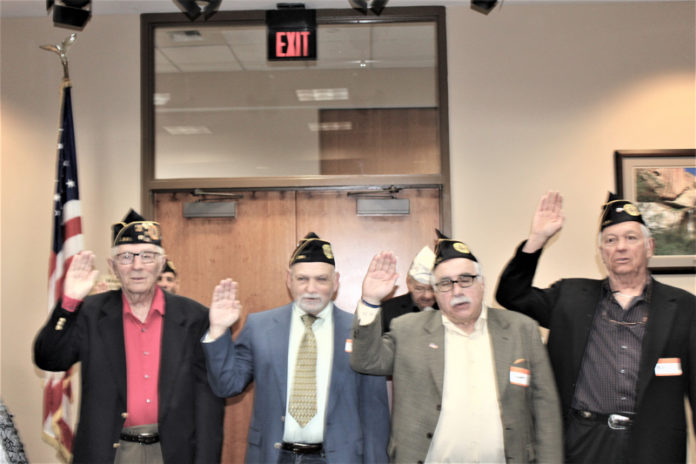 Jewish War Veterans (JWV) Post 65 meets for their monthly breakfast meeting on the first Sunday of every month. On their March 3rd meeting they installed their new board for 2019 and 2020.

Last meeting newly installed Judge Advocate Larry Brody was awarded the JWV award certificate for being a member for over 50 years.

Elaine Leavitt founded the JWV Post 65 back in 1995 with a small group and she’s the last founding JWV Post 65 member. Elaine’s 92 years old now and she still drives, volunteers and cooks for herself. Sid Reuben Steam was the first commander and she was the second adjutant of JWV Post 65.

Another JWV Post 65 member Zahava Nissan was a holocaust survivor, she was in the camp for almost 2 years with her mother. Her mother was a clothes designer so her and her mother survived by making clothes for the soldiers. After she got out, she served in the Israel Army for 2 years. She’s been with the JWV for 15 years.