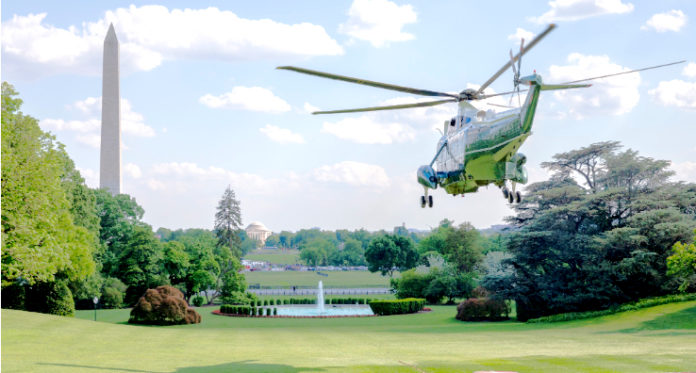 The next generation “Marine One” presidential helicopter will make its first public flight at President Donald Trump’s July 4 event, two U.S. officials confirmed to McClatchy.
The helicopter is not in official use yet. It is being produced by a team from Lockheed Martin and Sikorsky. In the last few months the helicopter has flown test flights around Washington, D.C., but this will be its first introduction to the general public, the officials said.
The Navy has taken possession of the first three of the new helicopters, but it will be operated by Marines once it is brought into official service. In June the Navy announced that it had awarded Sikorsky $542 million to build an additional six aircraft, which are not expected into service until the mid-2020s.
Known as the VH-92, the next generation Marine One will join an array of other advanced jets, including the VC-25, the president’s Air Force One 747, Marine Corps V-22 Ospreys, Navy F/A-18 fighters, Army AH-64 Apache helicopters and the Air Force’s signature strategic bomber, the B-2.
The Washington, D.C., flyovers are expected to take place in the early evening as part of the president’s new July 4th celebration lineup, one of the officials said.
———
© 2019 McClatchy Washington Bureau
Distributed by Tribune Content Agency, LLC.

Lady Arrested for Hiding 2,500 Kids in Coffins During WWII, Years...