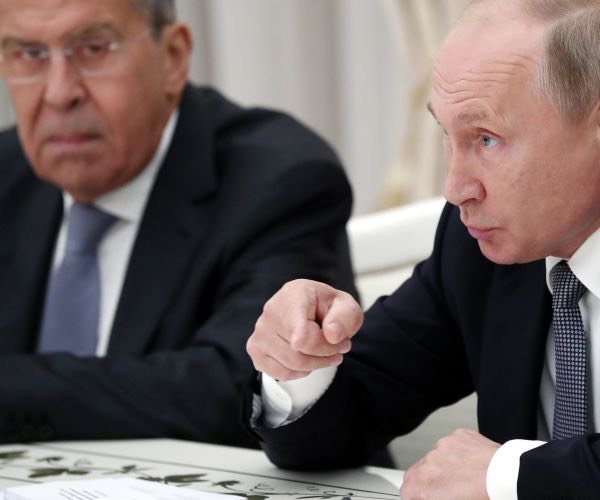 — Modernizing U.S. nuclear deterrent forces and their scientific-industrial base.

— Protecting the U.S. electric grid and other life-sustaining critical infrastructures from cyber and EMP attack.

But wait! Are these programs really necessary? Just last week, Russian President Vladimir Putin promised: “We have no concept of a preemptive strike.”

“We expect to be struck by nuclear weapons, but we will not use them [first],” Putin said, “The aggressor will have to understand that retaliation is inevitable, that it will be destroyed, and that we, as victims of aggression, as martyrs, will go to heaven.”

On October 18, according to TASS: “Russian Foreign Minister Sergey Lavrov believes that Moscow and Washington should reaffirm the idea it will be impossible to win a nuclear war.”

Lavrov criticizes U.S. nuclear deterrent modernization, including the development of a U.S. low-yield warhead to counter Russia’s 10-to-1 advantage in tactical nuclear weapons, as dangerously destabilizing and threatening to “undermine all existing agreements.”

Yet Moscow expects Washington to be OK with Russia’s violations of the 1987 Intermediate-range Nuclear Forces (INF) Treaty, too long tolerated by the Obama Administration, but now challenged by President Trump.

Threatens Russian Deputy Foreign Minister Sergey Ryabkov on October 21, U.S. withdrawal from the INF Treaty, which now constrains only the United States and NATO, not Russia or China, would be “very dangerous.”

Who would believe such propaganda, be cowed by such threats? Too many Americans.

Moscow wants Americans to temporarily forget, until after voting on November 6, dictator Putin’s March 1 televised briefing to the world describing new nuclear super-weapons giving Russia “nuclear superiority” and demanding that the U.S. “listen to us now.”

Moscow hopes voting Americans never read former Director of the U.S. Defense Nuclear Agency, Vice Admiral Robert Monroe’s recent article accurately describing Russia’s hyper-aggressive nuclear strategy in The Hill: “Their tactics of use would be ones we’ve never seen or thought about. Putin has threatened military action in many areas of Europe, to recover the former Soviet empire. If armed conflict broke out tomorrow, the advancing Russian armor, mobilized infantry, artillery, and tactical aircraft would be preceded by dozens of low-yield nuclear detonations, killing everything, but leaving roads and bridges intact. The war would be over in days or hours.”

Vote on November 6th. And don’t be an idiot.