Military.com | By Richard Sisk
The White House on Monday backed a 3.1 percent pay raise for the military as part of its overall defense spending proposal of $750 billion for fiscal 2020.
The roughly 5 percent increase for defense, up from a total $716 billion defense budget enacted in fiscal 2019, was included in the record $4.75 trillion budget request for all government spending for fiscal 2020 that President Donald Trump sent to Congress. But the proposal also calls for major reductions in domestic spending.
Congressional leaders from both sides of the aisle, who guard Congress’ “power of the purse,” said Sunday that Trump’s budget request is only a suggestion that will be picked apart in their deliberations, as have others in the past. But they also said a military pay raise in the range of 3.1 percent is likely to survive.
The White House proposal on military pay matches the 3.1 percent increase indicated in the U.S. Employment Cost Index (ECI) of the Bureau of Labor Statistics (BLS) that serves by statute as the major guideline for military pay. It would mark a boost of 0.5 percent over the 2.6 percent military pay increase in 2019.
In the budget announcement, Trump said the proposed military pay hike is “the largest increase in a decade.”
According to the Pentagon, the military pay increase for 2010 was 3.4 percent.
In addition to the pay raise, the White House defense budget proposal asks for funding “for a full range of compensation programs, from monthly incentive pays to recently modernized retirement benefits.”
Trump signaled last year that he might call for cuts in defense spending, but he eventually went along with the recommendation of then-Defense Secretary Jim Mattis for a $750 billion request, an increase from the record amount approved for fiscal 2019.
The $750 billion includes $718 billion for the Defense Department, and another $22 billion for related nuclear weapons programs at the Department of Energy.
The White House defense budget proposal also calls for adding a total of 30,000 troops to the rolls to bring the active duty and reserve force to a total strength of about 2.14 million.
The White House did not break down how the additional troops would be apportioned between the active duty and reserve force; details are expected when the DoD releases its detailed budget request Tuesday.
The most controversial part of the proposal is likely the request for a huge increase in the funding for Overseas Contingency Operations, the so-called “war budget,” from $69 billion to $165 billion, which would not be subject to spending caps under the Budget Control Act of 2011.
The White House proposal also calls for an expansion of the nation’s missile defenses against nuclear threats, focusing on the “hit-to-kill” missile ranges in Alaska.
“The budget sustains deployed missile defense assets, improves system reliability against today’s threats, increases engagement capability and capacity, and makes strides to rapidly address the advanced threat,” the White House announcement states.
The proposal calls for “a new missile field at Fort Greely, Alaska, with 20 silos and 20 additional Ground-Based Interceptors (GBIs) in support of the administration’s plans to increase the number of deployed GBIs to 64, to protect the homeland against North Korean and other intermediate- and long-range ballistic missile threats,” the announcement said.
— Richard Sisk can be reached at Richard.Sisk@Military.com. 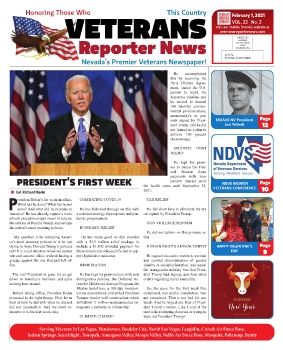