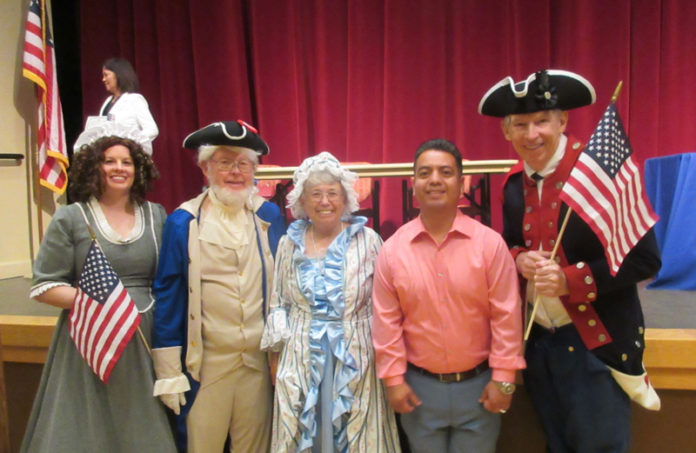 Photos and Written by: Janet Synder

The morning of Sept 13th, George & Martha Washington went to the Historic Fifth Street School in Las Vegas for the Naturalization Ceremony for 97 new American citizens from 33 different countries – from Afghanistan to Vietnam. There were hundreds of family members and supporters for this wonderful ceremony, including leaders in the Nevada Daughters of the American Revolution and Sons of the American Revolution. Following the ceremony, many of the new citizens had their photos taken with George & Martha Washington, (Ken & Janet) Betsy Ross (Katie Henzel), and an American Revolution soldier (Gary Parriott). Then we went out to lunch and enjoyed great meals.

May Honor Flight Returns Back