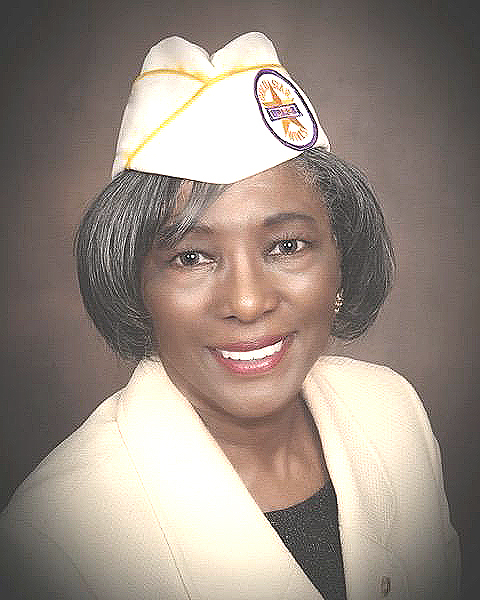 By Jeanette B. Early

I am a Gold Star Wife, not by choice nor ever desired, but as the result of the death of my husband, SFC Howard Lee Early, who was killed in Vietnam in 1969, leaving me and our three sons, ages 5 and 4 (twins). I joined the organization of Gold Star Wives of America (GSW), shortly thereafter, to find solace and camaraderie with a group who sincerely understood and embraced me on my journey with grief. I have served in several positions in GSW including National President, 2011-2013; and National Chaplain (2017-2019). My 2-year term as National Chaplain ended at our National Convention in Las Vegas, NV, July 10-13. I congratulate GSW Minnie Keyes, as she assumes this most humbling and honorable position in the organization.

The Inaugural program commemorating the 50th anniversary of the Vietnam War was held at the Vietnam War Memorial in Washington, DC, May 31, 2012. The Commemoration will continue until year 2025. The Department of Defense has established the period of November 1, 1955 to May 15, 1975 as the Vietnam War era. The primary objective of the commemoration is to thank and honor Vietnam Veterans and their families for their service and sacrifice on behalf of a grateful nation, the United States of America. According to Veterans Affairs, approximately 7.2 million Vietnam era Veterans were living as of Dec. 2014.

It was an honor to serve on the Federal Advisory Committee for the Vietnam War 50th Commemoration. The 15-member Advisory Committee consisted of retired Vietnam Veterans/Officers, representing all branches of the United States Armed Forces, including a Medal of Honor Recipient; a former Prisoner of War; and the Founder of the Vietnam Memorial Wall. Also on the Committee were the CEO/Board Chair of the National League of POW/MIA Families; a Journalist; and myself representing Gold Star Families of the Vietnam War era.

The Advisory Committee gave input, suggestions and most feasible steps and procedures on where, what, how, when, etc., to pursue the search for our nation’s warriors of the Vietnam War era; and we sensed the urgency, considering the daily rate at which we are losing our Vietnam Veterans. The Advisory Committee served under the Direction of The Secretary of Defense, and the Executive Staff in the Vietnam War Commemoration Office in Washington, DC.

Page 1 of 2
The Dept. of Defense and the U.S. Vietnam War Commemoration have created a permanent, award-winning exhibit that tells the story of the United States’ involvement in the Vietnam War through a timeline of events, artifacts, historic photographs, and video footage. This Exhibit is located at the Pentagon – Third Floor, A-Ring, between Corridors 2-3. A “MUST SEE”

A Farewell Ceremony for the Advisory Committee was held at the Pentagon on May 10, 2019. We were presented a Citation, and awarded the Secretary of Defense Medal for Outstanding Public Service – as a member of the Vietnam War Commemoration Advisory Committee, from October 2014 to May 2019. We were pinned by the Acting Secretary of Defense, Patrick Shanahan.

All Commemorative Partners are encouraged to continue their search and outreach for veterans of the Vietnam War era, to say ‘thank you’ from a grateful nation for their service and sacrifice to our nation. Get more information at: www.vietnamwar50th.com
REMEMBER: National Vietnam War Veterans Day — 29 MARCH

Join the Nation…thank a Vietnam Veteran!