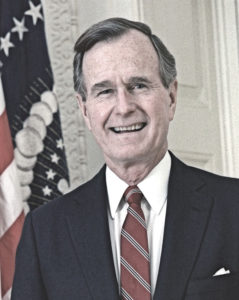 1: The Passing of George HW Bush

The passing of George H.W. Bush, who died last Friday in Houston at age 94, was of special significance to the U.S. military. He was one of them, the youngest pilot in the Navy when he was commissioned, and the last commander-in-chief to have served in World War II. 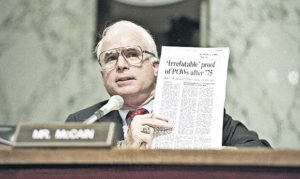 2: The Passing of John McCain

During his life, he had many critics and many supporters. In his death, you hear the supporters speaking loud and clear about his many positive accomplishments. Was he a Saint? No. And he admitted he wasn’t perfect and made a lot of mistakes. 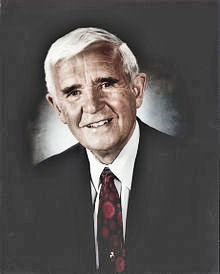 3: The Passing of Paul Laxalt

A Legend in Nevada Politics and a World War II veterans, Paul Laxalt sadly passed on August 6th at age 96. Paul Laxalt was a former US Senators for Nevada and also served a term as its Governor. 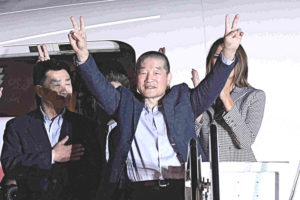 On early morning Thursday, May 10th, 2018, President Donald J. Trump and Vice President Mike Pence personally welcomed home three American hostages that were detained by North Korea. After a “suggestion” by President Trump, North Korean leader Kim Jong Un had released them to Secretary of State Pompeo earlier this month. This was likely a culmination of President Trump’s (and his team’s) foreign policy and other moves, specially for the last two months. Like him or not, love him or hate him, it’s hard to argue against the recent foreign policy results. 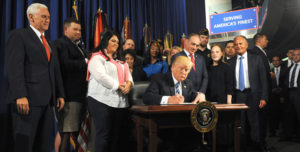 Today, President Donald J. Trump visited VA to thank Veterans for their service, and VA employees for their work helping Veterans. While at VA, the President signed an executive order entitled, “Improving Accountability and Whistleblower Protection at the Department of Veterans Affairs, Dr. David Shulkin, made three new key announcements at the VA’s Central Office. 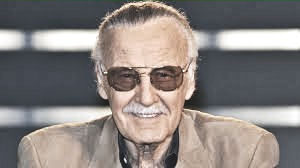 6: The Passing of Stan Lee (World War II Veteran and creator of the Marvel Universe)

The Associated Press | By Lindsey Bahr

Stan Lee, the creative dynamo who revolutionized the comic book and helped make billions for Hollywood by introducing human frailties in superheroes such as Spider-Man, the Fantastic Four and the Incredible Hulk, died Monday. He was 95. 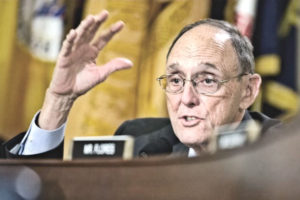 Congress returned from the elections recess Tuesday for a lame-duck agenda that will focus Thursday on the VA’s failed implementation of a new IT system that has proved costly for some veterans. 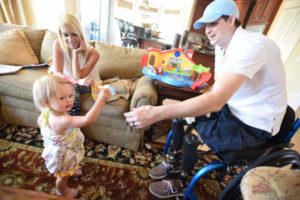 Brian Kolfage, an Air Force veteran who lost his legs and right arm during his second deployment in Iraq in 2004, started a GoFundMe campaign to fund a border wall between the United States and Mexico — and has raised more than $3,000,000 in three days. 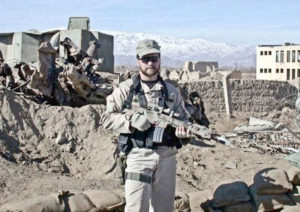 The White House will issue its second Medal of Honor in recent months for extreme valor in the Battle for Robert’s Ridge, recognizing one of the most intense and influential firefights of the post-9/11 era. It will be awarded posthumously to Air Force Combat Controller John Chapman 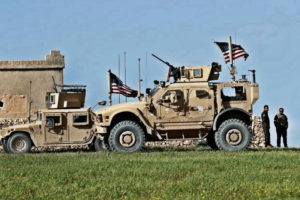 10: US Officials Send Mixed Messages on Withdrawal of Troops from Syria

Members of Congress called on President Donald Trump Thursday to reverse a decision to withdraw U.S. troops from Syria — a move they say would be a gift to the Islamic State, Russia, Iran and the regime of Syrian President Bashar al-Assad.