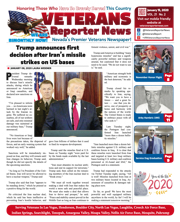 R. Lee Ermey, will be laid to rest at Arlington National...

AT&T and 24 Hours of Country, LLC Presents the One Day...