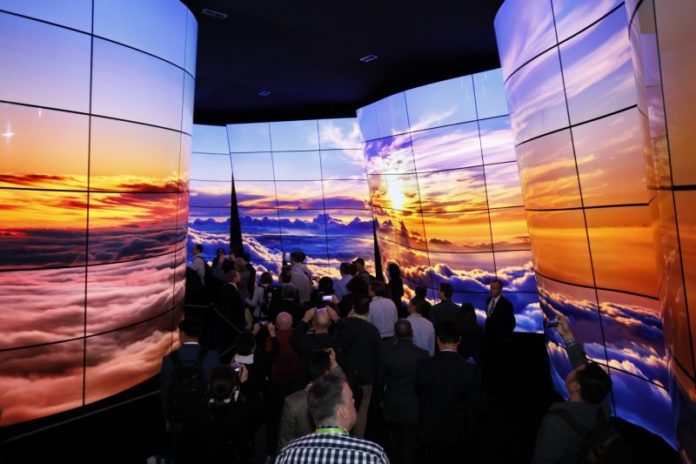 By James Lint
Senior Editor for InCyberDefense and Contributor, In Homeland Security

Manufacturers, developers and suppliers gather at CES to showcase game-changing technology and to build strong business relationships with new and existing industries. Also, industrial analysts and business intelligence professionals will have the opportunity to question manufacturers, examine new products and assess industry sectors.

The show will feature new Google Home and Amazon Alexa-enabled devices, such as iHome Audio’s Aquio. Aquio is an insulated bottle that keeps beverages cold up to 24 hours and hot up to 14 hours. It comes with an iHome detachable Bluetooth speaker to enable its owner to enjoy music anywhere. Aquio won a CES Best of Innovation Award this year.

Additional items on display will include:

Today’s cars are built-in computers that control various vehicle actions. Integrating all of the computer components so they do not conflict with or override one another is critical. For example, it would be essential to prevent any problems from arising between braking and cruise control systems.

This year, Clarion will demonstrate its next-generation autonomous driving technologies. These technologies will include:

How will these technologically advanced products affect other products already on the market?  Business intelligence professionals will be able to discern how these new products are an improvement over industry competitors. Similarly, industry analysts will assess the value of the technologies featured at CES.

CES can have an impact on national security, too. The military will see advances in autonomous vehicle technology. For example, self-driving supply convoys could be used to save lives on roads in combat zones planted with improvised explosive devices (IEDs) and other explosives.

Conventions Are a Reason for Exploration and Learning

Attending conferences such as CES is a valuable opportunity for learning, exploration and education. Most of the items shown are very new and many have not even hit the marketplace.

At CES, there are opportunities for many companies, attendees and security professionals. Technology moves forward, and those watching it can learn about the future.

James R. Lint retired as the (GG-15) civilian director for intelligence and security, G2, U.S. Army Communications Electronics Command. James has been involved in cyberespionage events from just after the turn of the century in Korea supporting 1st Signal Brigade to the DHS Office of Intelligence and Analysis as the first government cyber intelligence analyst. He has 38 years of experience in military intelligence with the U.S. Marine Corps, U.S. Army, government contracting and civil service. Recently, he has been designated as the National Sector Chief for the Defense Industry Base by the InfraGard National Members Alliance.

Additionally, James started the Lint Center for National Security Studies, a nonprofit charity that recently awarded its 54th scholarship for national security students and professionals. He has also served in the Department of Energy’s S&S Security Office after his active military career in the Marine Corps for seven years and 14 years in the Army. His military assignments include South Korea, Germany and Cuba, in addition to numerous CONUS locations. James has authored a book published in 2016 “8 Eyes on Korea, A Travel Perspective of Seoul, Korea,” and a new book in 2017 “Secrets to Getting a Federal Government Job.”

Fun Activities at THE BRIDGE AT PARADISE VALLEY