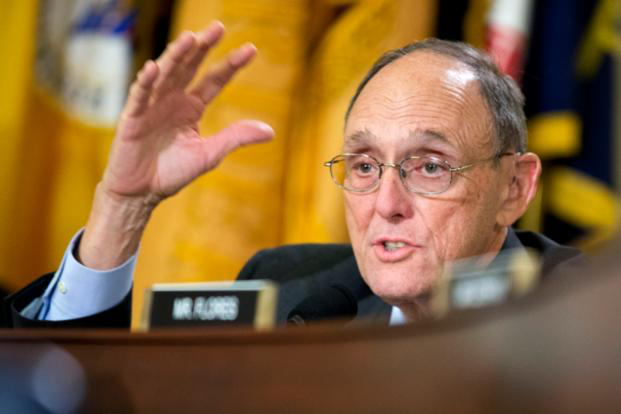 Congress returned from the elections recess Tuesday for a lame-duck agenda that will focus Thursday on the VA’s failed implementation of a new IT system that has proved costly for some veterans.

The system has led to delays in payments that can amount to thousands of dollars in monthly housing allowances for veterans attending school under the Forever GI Bill.

“This is, to be kind, a train wreck,” Rep. Phil Roe, R-Tennessee, the outgoing chairman of the House Veterans Affairs Committee, told NBC News earlier this week.

VA Secretary Robert Wilkie said Nov. 9 that the IT system failures were not expected to be fixed until early next year, meaning the VA will have to play catch-up on a backlog of delayed housing allowances.

According to the Veterans of Foreign Wars, at least 2,500 veterans have not received Monthly Housing Allowance (MHA) payments under the GI Bill for two months, and the Department of Veteran Affairs itself estimates that about 82,000 veterans have experienced delays in MHA payments of some kind.

In an October letter to Wilkie, all Democrats on the House Veterans Affairs Committee charged that veterans are “not only experiencing delays” in housing allowance payments, but are also, in many cases, “still waiting for their funds to arrive at all.”

On Thursday, the committee’s Subcommittee on Economic Opportunity has scheduled a hearing to take testimony from VA officials on “the IT failures that have led to students and schools receiving the wrong payments and associated processing delays for tuition, fees and the monthly housing allowance.”

In a question-and-answer session after an address at the National Press Club last Friday, Wilkie said the problems stemmed from failures of the IT system to adapt to a planned 0.5 percent increase in monthly housing allowances for 2018.

Payments returned to 2017 levels because “we weren’t able to make that half-percent change,” Wilkie said.

The VA hopes to have a fix in place by early next year, he said. In the meantime, he said, the VA is working to clear the backlog of missed payments. If overpayments were made by mistake, veterans could keep that extra money, he said.

Despite the IT failures, Wilkie said that, to his knowledge, “no one has left school,” and he knew of only one instance, cited by the American Legion, in which a veteran was forced to move back in with his parents.

“They waited until August to tell the schools” about the problems, Murray said. As a result, he said, “hundreds of thousands of certifications came in all at once. Just a small change [the half percent] caused a cataclysmic problem.”

Many veterans “still haven’t received a single check. They’re getting nothing,” Murray said.

“We’re not talking dozens of dollars” that the veteran could be shorted without the half percent increase, Murray said. For some veterans, he noted, depending on the zip code of the school, the monthly housing allowance could reach $2,500 per month.