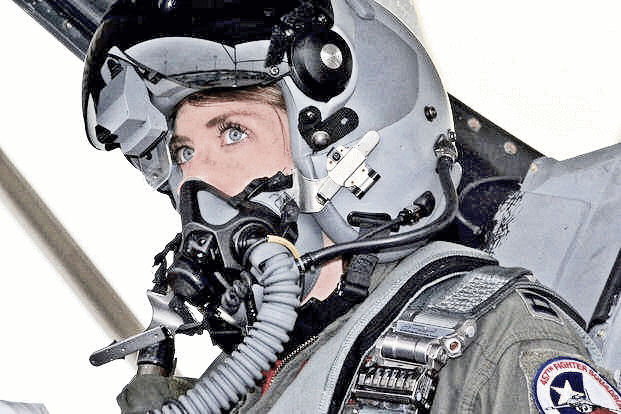 Most of us take our bathroom breaks for granted, but it’s more complicated for fighter pilots who fly an aircraft for hours at a time.

The division began delivering the Aircrew Mission Extender Device — known as AMXDmax — earlier this year. More than 600 devices have been put in the field so far, and another 1,500 are scheduled for delivery in the next six months, according to the Air Force.

“Urinary [relief] devices are the number one priority that female aircrews have when it comes to mission equipment,” said Lt. Col. Elaine Bryant, deputy director of the Human Systems Division. “They are a vast improvement over the legacy relief devices that many aircrews are currently using. The battery life is longer, it holds more urine, the pads are better, the cups are better and overall it’s more anatomically correct.”

The device can actually save lives, Mark Bernier, program manager for the Aircrew Mission Extender Device, told The Dayton Daily News. He said he’s passionate about constantly improving the bladder device for fighter pilots, which ultimately helps them focus on the missions they fly.

The AMXD was developed to stop pilots from practicing “tactical dehydration,” Bernier said. In the past, pilots would drink less water to limit urine output during a flight — which can be a fatal mistake. Dehydration fatally impacts G-tolerance, situational awareness and decision-making ability for pilots maneuvering highly sophisticated fighter jets.

“The AMXDmax allows pilots to hydrate properly and relieve their bladder mid-flight, without interrupting the mission,” according to Omni Medical Systems.

The Human Systems Division also helps train aircrews in the proper usage of the devices.

This article is written by Kara Driscoll from The Dayton Daily News and was legally licensed via the Tribune Content Agency through the NewsCred publisher network. Please direct all licensing questions to legal@newscred.com.