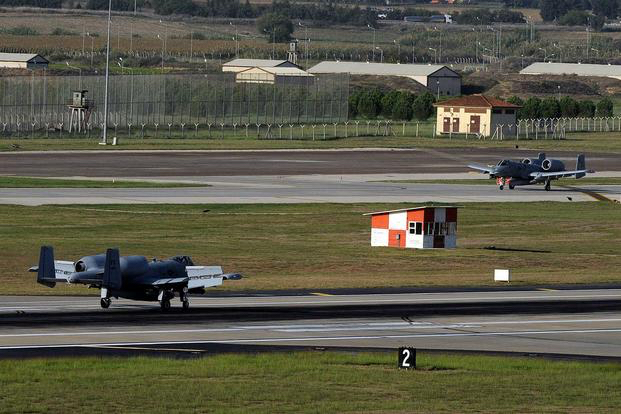 A Russian map company has inadvertently revealed secret foreign military bases — by blurring them out.

Yandex Maps, Russia’s answer to Google Maps, obscured the locations of 300 sites — some of them top secret nuclear facilities — in Israel and Turkey.

But by doing so, the company confirmed their locations, as well as their exact size and layout.

Among the bases inadvertently unveiled were surface-to-air missile sites and nuclear storage sites, according to a report by the Federation of American Scientists (FAS).

Some were known already, but many were previously a secret.

The FAS’ Matt Korda wrote: “This blurring is almost certainly the result of requests from both Israel and Turkey; it seems highly unlikely that a Russian company would undertake such a time-consuming task of its own volition.

“Fortunately, this has had the unintended effect of revealing the location and exact perimeter of every significant military facility within both countries, if one is obsessive curious enough to sift through the entire map looking for blurry patches.

“By complying with requests to selectively obscure military facilities, the mapping service has actually revealed their precise locations, perimeters, and potential function to anyone curious enough to find them all.”

Among the blurred sites are two NATO facilities: Allied Land Command (LANDCOM) in Izmir, and Incirlik Air Base, which hosts US B61 nuclear gravity bombs.

Camp Glilot, north of Tel Aviv, the home of Unit 8200, the signal intelligence and code deciphering arm of the Israeli Defence Forces, is also one of the sites revealed. It is believed to intercept communications from across Africa and the Middle East.

Online mapping services such as Google have been blurring sensitive locations on behalf of governments for years.

In France, for example, the government asked Google to blur prisons after a criminal planned a successful escape from one involving drones, smoke bombs and a stolen helicopter.

Sometimes, satellite map providers reduce the resolution of entire areas to ensure a secret facility is not picked out.

U.S. federal law prohibits U.S.-based map services from showing the whole of Israel in any greater detail than a two-meter resolution.

VETERANS GET RECOGNITION FROM THE NEW KID IN TOWN